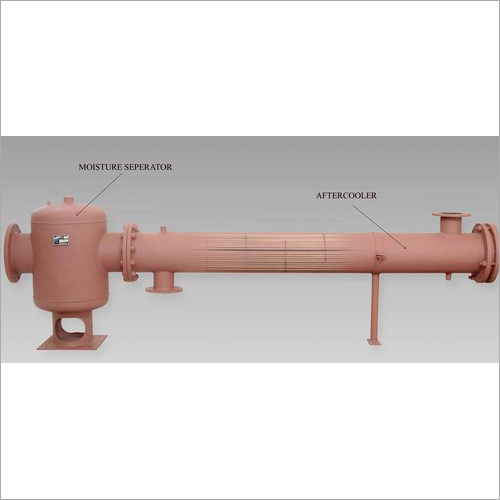 The Inter and After Coolers are used to decrease the temperature of Compressed Air before delivering it to the process area. They are used in many applications, including air compressors, air conditioners, refrigerators, and gas turbines, and are widely used in automotive industry as an air-to-air or air-to-liquid cooler for forced induction internal combustion engines to improve their volumetric efficiency by increasing intake air charge density through nearly isobaric (constant pressure) cooling. These are specially designed and tested in all the working conditions to produce maximum cooling with the help of cold water. The same can also be delivered / made as per requirement / application. The Compressed Air After-coolers provides two necessary functions that provide the conditioning of compressed air. Firstly it reduces the temperature of the air to a safe operating range while secondly, removing the moisture condensed during the cooling process. Water-cooled Coolers come in Shell and Tube type which allows the air to pass through the tubes while letting the water flow in the shell from the opposite direction. The Industrial Coolers exchange heat for cooling systems which is required for Moulding machines, Generators and other heavy machinery. The Coolers allow compressed air which is hot and saturated with moisture and oil to leave the air compressor. The air becomes easy to handle after the coolers rapidly cool down. Coolers are available both in water-cooled and air-cooled types. However, water-cooled coolers are mostly preferred as they achieve lower air temperature thereby removing more moisture. Air-cooled coolers are installed in places where availability of soft cooling water is a constrain or where the water is very hard. Coolers can also allow separated liquids to be drained either manually or by auto drain valve. 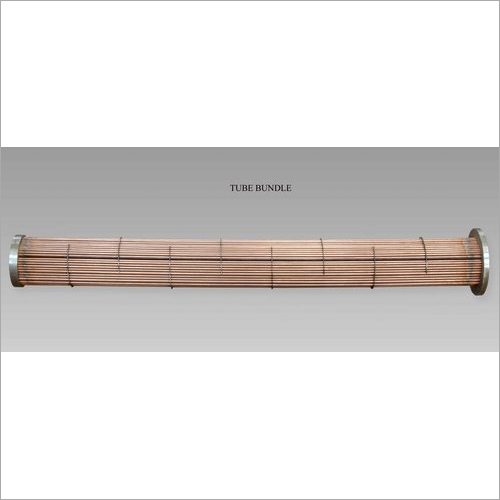 "We are mainly dealing in Vadodara and Gujarat."
Back to top